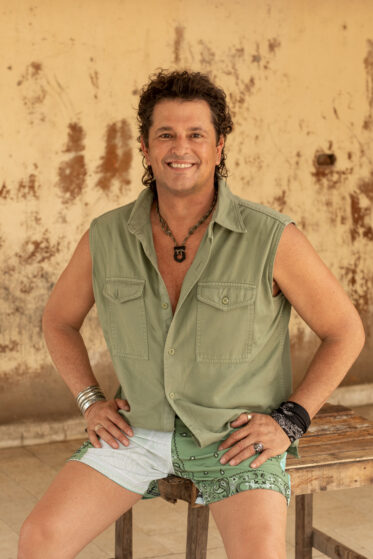 On the heels of six Latin GRAMMY nominations including Album of the Year, Song of the Year, and Best Long Form video, GRAMMY-winning musician, songwriter, actor and philanthropist Carlos Vives has kicked off Hispanic Heritage month with a plethora of events, ranging from his upcoming NPR Tiny Desk performance on October 12th, a virtual Q&A with Venezuelan conductor Gustavo Dudamel (October 20-23), and a performance at this year’s Billboard Latin Music Awards on October 21st where he will receive the Hall Of Fame Award. Vives has solidified his place as one of Latin music’s biggest names by magnifying his country’s cultural heritage through his music and opening doors for the future generation of aspiring Colombian artists.

During Billboard’s Latin Music Conference, Vives and Gustavo Dudamel will be participating in a virtual Q&A panel titled “From Local Inspiration to International Stage,” where the two will discuss the power of music, their approach to music education, and the arts as a global agent of change for a better world. More information here. On October 21st, he will be performing a five-song medley that will accompany his awarding of The Hall of Fame Award at this year’s Billboard Latin Music Awards.

2020 has been another milestone year year for Vives as he released his album ‘Cumbiana’ which showcased ten distinct songs ranging from salsa to reggaeton fusions that explore the origins of cumbia including collaborations with Rubén Blades, Jessie Reyez, and Ziggy Marley. He released his documentary “El Mundo Perdido de Cumbiana,” which premiered on The Grammy Museum’s Digital Channel on August 21st. Both of these projects shed a light on the indigenous roots of Colombian music and spotlights the history of cumbia and vallenato music.

Carlos Vives has much more in store for the rest of the year including a book release in November. Be sure to stay tuned for more info!

Carlos Vives is a multiple Grammy- and Latin Grammy-winning singer, songwriter, and actor from Colombia. He is globally renowned for his command of traditional styles such as vallenato, porro, cumbia, and champeta, as well as pop, rock, and reggaeton. He has sold tens of millions of recordings and his videos regularly garner billions of views. He has been releasing singles and albums since 1986, starting with Por Fuera y Por Dentro (recorded while he was still a successful actor in telenovelas and films). Later outings, such as 1992’s Clásicos de la Provincia, sold more than 1.2 million copies in Colombia alone. 2002’s Déjame Entrar won the Grammy for Best Traditional Tropical Latin Album, while 2015’s Más + Corazón Profundo took home the award for Best Tropical Latin Album. Furthermore, Vives has won numerous Latin Grammys and been nominated more than 30 times; he has also won several Premios Nuestra Tierra industry prizes. He has duetted on videos with Sebastian Yatra (“Robarte un Beso”) and Shakira (“La Bicicleta”), which have registered more than a billion views each and topped Latin Songs charts. In 2019, Vives was chosen by Billboard magazine as one of the Top Latin Artists of the 2010s (number 45 out of 100).

We use Mailchimp as our marketing platform. By clicking below to subscribe, you acknowledge that your information will be transferred to Mailchimp for processing. Learn more about Mailchimp’s privacy practices here.